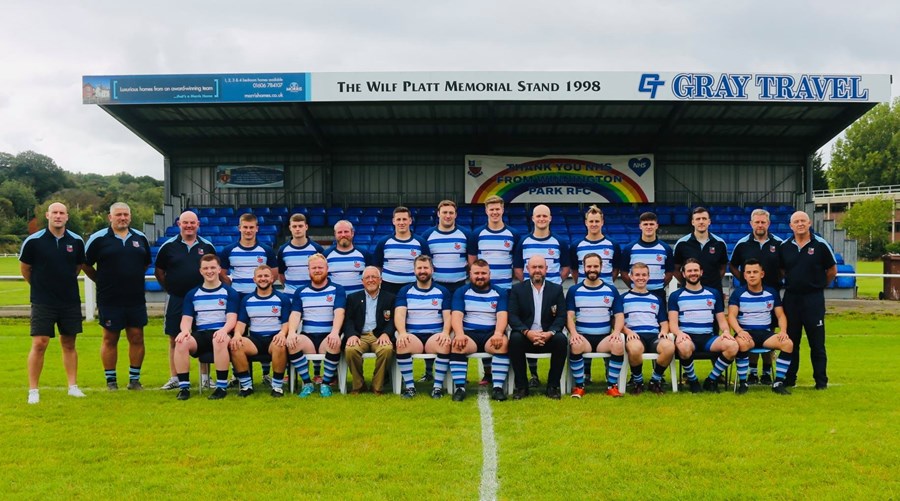 A 4th place finish in the league has gained Park promotion into the Regional 2 North West league for the 2022/23 season. Following the RFU league restructure leagues have been renamed and reorganised to try to reduce travelling distances for community clubs. This league is the equivalent of this seasons North West 1 league and after a 14-year absence we are back playing rugby at level 6 in the RFU league structure.

It has been a long road back since we were relegated from this league back in 2007/8.Park were relegated down to level 8 of the RFU league structure in  2015/16 season.

In 2017/18 Park won promotion from South Lancs/Cheshire 2(level 8) into North 2 West(level 7) where have spent the last 3 playing seasons.

Promotion to the Regional 2 North West League1(level 6) is a fantastic achievement and players and coaches are delighted to be back. It has been a difficult season for Parks 1st XV suffering from injury problems all season following the break form rugby during the Covid pandemic. This makes the achievement even more impressive.

We will now see the like of Wilmslow, Altrincham Kersal, Bowden, Broughton Park, Waterloo and Birkenhead Park return to Burrows Hill. This will be alongside fellow promoted teams Anselmians and Rochdale who finished 1st and 2nd in our league this season.

We faced many good teams this season and the competition next season will be even tougher. However with the current squad alongside some new additions and some exciting players from our Colts squad means we are confident of being able to compete at this higher level

Congratulations to the players, coaches, managers and house and grounds teams who have all worked tirelessly this season to achieve promotion.