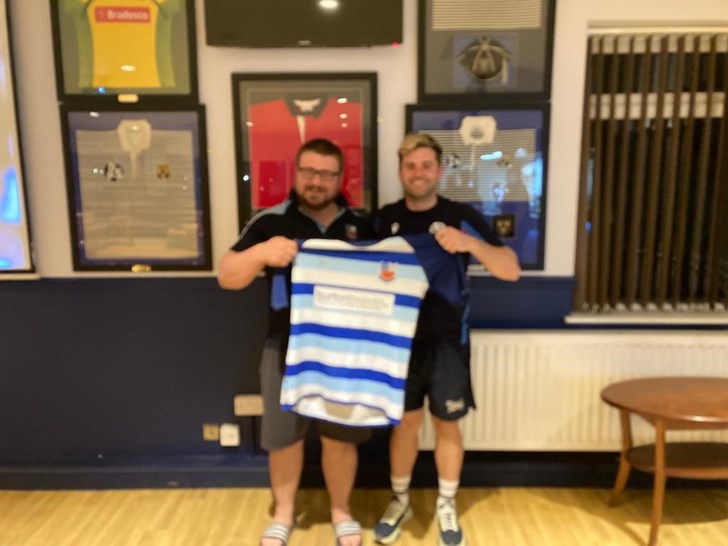 Winnington Park are delighted to announce that former star player, Ben Elliot , is returning to Park for the 2022-23 season as a player / coach.

Bringing a wealth of knowledge and experience, Elliott will join the existing coaching team, which includes former British & Irish Lions and England scrum-half Dewi Morris and World Cup winning hooker Steve Thompson and will combine this role with playing in the first team.

Elliott will be joining a Winnington Park team that has recently been promoted to Level 6 of the RFU structure in the Regional 2 North West League after a positive 2021-22 season which saw the club go from strength to strength with performances on the field, player and coach recruitment, an increase in numbers of boys and girls teams playing rugby and further developments to training and club facilities, with more to come.

Elliott came through the mini and junior ranks at Park before playing four seasons in the first XV, during which time the club won the Cheshire Bowl. After a season in Australia, he left Park to join Sandbach in 2010 playing eight seasons, winning North West 1 in his first year, and scoring over 1000 points in the Midlands Premier league. Elliott joined Newport Salop in 2020 as player / coach and lead them to the Midlands Premier league and North Midlands Cup titles this season. He is also active on the Rugby 7s circuit regularly playing for The Akuma Agents in the Super Series.

On his return to Park, Elliott said: “I’ve always wanted to come back to the club where I started my rugby journey as a six-year-old. Having the opportunity to coach and play with what I believe is an exciting group of players who are always looking to improve is very exciting. I have lots of ideas about how the players can develop as a team and I can’t wait to get started.”

Shaun Underdown, Winnington Park first team captain, pictured with Ben, added: “The squad and I are absolutely delighted to have Ben back. He is a quality player and our young squad will benefit from his knowledge which we believe will improve us massively next season, especially now that we are playing at a higher level. We can’t wait to get next season underway “

Winnington Park are continuing to strengthen their squad for the 2022-23 season to add to the first team who will be playing in the Regional 2 North West League (Level 6) - if you or know of anyone who is interested, please contact Dave Allcock on 07554 050134 or email dave.allcock@hotmail.co.uk or via the club website at wprfc.co.uk